In Mission 4, round 9 and 10, ROBORACE Season Beta was pushing to new limits by introducing ghost cars. OK,  it’s hard to call them cars.

Each overtake of  a ghost “car” gave -20 seconds to the result time. But easier said than done, some ghost crashes could not be avoided and that meant +30 seconds penalty per crash.

So, the challenge was quite tough. Whereas in round 9 most of our overtakes resulted in a crash, we performed some really nice overtakes in round 10. It was quite a tough challenge, but it was a big step towards racing with multiple autonomous cars on the track. One thing is for sure: there is many more racing action to come!

In the overall competition, we could catch up to ARRIVAL and we currently share the place 2 with them. The next races will be a tough fight! 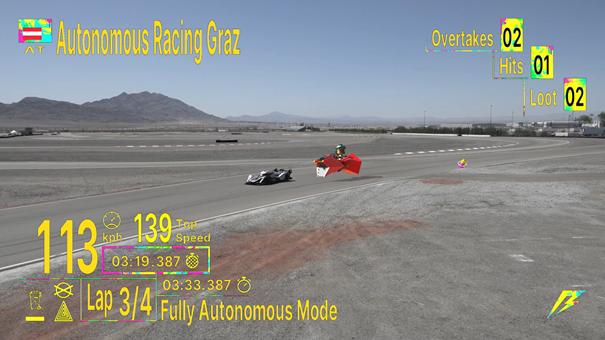 In case you missed the races 👇